Home/Blog Manager/
The Connection Between Mental Health And Vaping

The Connection Between Mental Health and Vaping 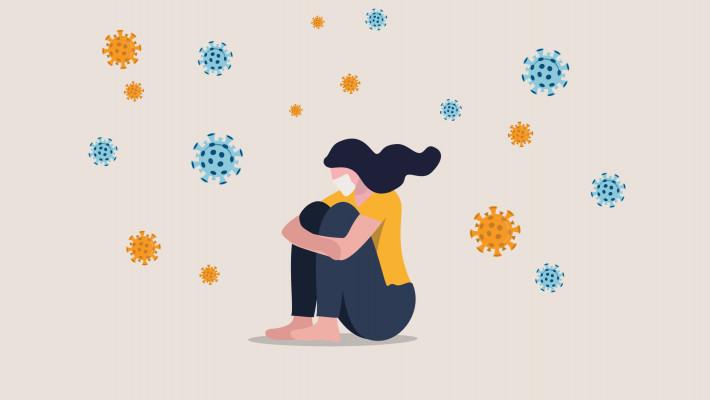 The Connection Between Mental Health and Vaping

People suffering from a mental disorder are more likely to become addicted to smoking cigarettes.

Can vaping help ease the symptoms without all the side effects? In this article, we are going to discuss the connection between mental health and vaping.

Most adults are aware of the devastating effects of smoking conventional cigarettes. Not only is it dangerous to your physical health but it can also impact your mental and emotional health.

Cigarette smokers expose their bodies to hundreds of diseases, such as cancer, stroke, tuberculosis, diabetes, and bronchitis. Good news for vape smokers: vape is about 90% less harmful compared to traditional tobacco cigarettes. Is it also a healthier option in terms of your mental health?

There has been an ongoing debate about the potential effects of e-cigs on health. With droves of people jumping on this new bandwagon, more researches and studies are being carried out.

Apart from its influence on dopamine production, nicotine is also known for its benefits against various mental disorders. While it cannot cure mental disease, it can make it easier for doctors and patients to control the problem. Some of the severe mental health problems can be treated with nicotine such as depression and schizophrenia.

Nicotine is not considered only considered as the holy grail of treating mental disorders but it can also quell symptoms of various neurodegenerative diseases. Various clinical trials have been conducted in the past decade for its ability to cure neurological issues. It can help solve mysteries linked with chronic illnesses, such as Parkinson’s and Alzheimer’s.

Now you might have an idea that e-cigarettes have much more to offer than just being an alternative to traditional cigarette smoking.

What Are the Effects of Nicotine on Brain?

We know that nicotine can get us hooked on cigarettes but can does it offer therapeutic benefits?

All vapers would be relieved to know that nicotine isn’t the culprit of diseases like lung cancer and mouth cancer. Also, it can boost your cognition and help you enjoy a pleasurable sensation.

Nicotine has mood-boosting and mind-altering properties as it mimics neurotransmitters in our brain. As soon as we take a deep puff, it triggers a series of reactions within our brain. As a result, we feel euphoric and exhilarated, as our body starts releasing dopamine and epinephrine in large amounts.

Once the pleasure cells of the brain are activated, the body becomes more tolerable to higher dosages of nicotine. This means that you would need a high dose of nicotine to feel “light-headed” every time. Our blood vessels also become contracted once nicotine is released in the bloodstream. This increases our heartbeat rate – which in turn makes us feel energized and refreshed.

Is Vaping Good for Mental Health?

When it comes to having a standpoint regarding the effects of vaping on our body there is no in-between.

We either see people that strongly oppose e-cigs or people who are in strong favor of their usage. This is not a healthy approach if you want to study something objectively. There are good and bad aspects about almost anything. You would be surprised to know about the benefits e-cigs can offer to our mental health.

We all experience stress at some point in our lives.

Stress is our body’s reaction when it is subjected to some sort of change. This means that stress isn’t necessarily bad.

Most ex-smokers experience withdrawal symptoms once they quit smoking. This increases their overall stress levels and anxiety. Vaping can help you cope with those stressful episodes when you give up on smoking.

Vaping can help you calm down and focus on the good aspects of life. Just like having a warm bath or listening to your favorite music soothes your mind, you would experience similar relaxation effects after taking a few puffs of vape.

It Can Enhance Your Cognitive Functions

Nicotine found in vapes is the key element that can improve memory and help your brain process information more efficiently.

This neuroprotective chemical can temporarily improve your focus and visual attention. Once it binds to the nicotine receptors in your body it would disable all the irrelevant stimuli in the body. This means that you would be able to focus on details and things that are important to you.

You should also keep in mind that you would notice small improvements in your overall memory and concentration. It is not something that would entirely transform your cognitive capabilities. Instead, you would feel some sort of cognitive control when you are doing tasks in daily life.

New research shows that nicotine might reduce symptoms of palsies in patients suffering from Parkinson’s disease.

Parkinson’s is an age-associated brain disorder that causes progressive death of dopaminergic neurons. Patients experience motor dysfunctions such as shaking and stiffness. Currently, no cure can help Parkinson’s patients prevent neuronal death. This means that we are lost with only one thing: take drugs that replace the lost dopamine in the brain.

Studies show that ex-smokers are less likely to become victims of neurodegenerative disorders as they grow old. The nicotine found in e-cigs activates neurotransmitters in the brain – which in turn releases dopamine in the body.

So, vaping in controlled amounts might help patients against memory loss. Nicotine protects brain cells against damage, which in turn would reduce symptoms related to uncontrolled movements of limbs.

It Can Help You with Your Anxiety and Depression

Preclinical data suggest that nicotine can reduce symptoms related to stress and anxiety by unlocking nicotine receptors in the body.

Purchasing a vape device can aid the users during the smoking cessation phase. When you start fulfilling your nicotine need with a vape mod, you would notice your thoughts becoming clearer.

Nicotine helps promote deep breathing, which in turn can trigger a soothing sensation to your body. Just by improving your inhaling and exhaling method, you would notice a major change in your overall mood.

According to an estimate, about 90% schizophrenics smoke cigarettes to help alleviate symptoms.

Schizophrenia is a severe mental illness in which the patients experience hallucinations, delusions, and social withdrawals. Their ability to distinguish between reality and illusion fails – which affects their emotional wellbeing.

Nicotine helps schizophrenic patients against this genetically determined impairment. It normalizes cognitive functions by disabling these mutating genes in the body of patients.

It is safe to say that using vape pens and mods can help patients with mental health disorders.

In the above article, we discussed the connection between mental health and vaping.

With the increasing demand for e-cigs in the mental health field, more research is needed to determine its full potential. Given the current knowledge, patients in psychiatric wards should be given access to e-cigs and vapes.

At the end of the day, it is up to you whether you want to vape or not. As long as you don’t feel any unpleasant sensations, you can continue with your vape hobby.

Tags:
the
connection
between
mental
health
and
vaping
what
are
the
effects
of
nicotine
on
brain
is
vaping
good
for
mental
health
it
might
help
protect
again